A Good Year for Apple Hardware

This year has been a fairly extensive one in terms of updates and new releases from Apple. From the latest MacOS update “Mojave” to this year’s round of iPhone refreshes, the Cupertino-based company has served up a considerable number of new items for consumers to choose from.  I will highlight two that have greatly enhanced my personal workflow.

The first is what I call Apple’s most underrated product of the year—the MacBook Pro refresh.  It didn’t get a big Apple Event debut but came packed with new features—especially if you hadn’t purchased last year’s model. Eighth generation Intel processors, True Tone display, T2 security chip, updated graphics and a slightly-tweaked keyboard are all highlights packed into the MacBook Pro’s trademark aluminum chassis. As expected, the MacBook Pro continues its trend of releasing 13 and 15 inch models.  While I had never warmed up to the Touch Bar, these new models showcase the efforts developers have included over the past few years to bring out the features of the Touch Bar.  Add to that the capability of Touch ID and you have a device that feels incomplete without it.  And to top it off, “Hey, Siri” is now supported!

Unlike the MacBook Pro, Apple’s other winner did get a lavish debut this fall--the iPad Pro.  If you’ve previously used an iPad or iPad Pro—forget what you knew. Throw it out.  This third generation tablet is a complete refresh in every way including the overall look of the device.  It comes in 12.9 and 11 in models, but it’s smaller in size than previous generations.  The home button is gone, and the Liquid Retina display extends nearly all the way to the edge.

Internals include a new superfast A12X Bionic processor and a TrueDepth camera with Face ID—yes, your iPad now recognizes you (similar to Microsoft’s Windows Hello tech).  For us digital artists, the iPad Pro has a new Apple Pencil, which has double tap feature for switching between brushes, erasers, etc.  Like the Surface Pen, the Pencil now magnetically attaches to the iPad—but it also CHARGES it.  No more strange connection sticking out of the bottom (see previous iPad Pro’s).  And while I’m not sure the full benefit of it yet, the new USB-C port is undoubtedly a move in the right direction.  And for those who want a keyboard, Apple's Smart Folio Keyboard attaches with magnets located across the entire iPad, providing a strong grip.  I went for the less expensive Smart Folio case which essentially provides protection from the front and back, but leaves the sides exposed.  Apple continues to proclaim the iPad can replace your laptop and while I'd be lost without my MacBook Pro and Surface Pro, the new iPad Pro takes a giant leap in that direction and with a few tweaks to iOS could become one's daily driver.

As I mentioned, these are only two devices that Apple launched in 2018.  Beyond the three iPhones, there was the Apple Watch and the long-awaited updates to the MacBook Air and Mac mini.  With semi-recent updates to the iMac, MacBook and AppleTV there are many worthy options available to you.  The best recommendation I can offer is to do your research and make sure you know how you're going to use your new tech in advance.

ESU students, faculty and staff get a discount on most of Apple’s hardware, so make sure to take advantage of that if you’re in the market for a new device.

The busy holiday season is in full swing and between choosing gifts, baking cookies and keeping track of holiday activities, time just seems to fly by!

In all the busyness and rush, it is important to remember that the online world is just as active - who else ordered most gifts online? Sadly, this is also the prime time for cyber criminals who take advantage of our distraction.


Here at ESU, we work diligently to put new technical safeguards in place but we have also learned that the best defense against cyber criminals is you! So how do you stay safe online this holiday season?

The End of Microsoft Edge 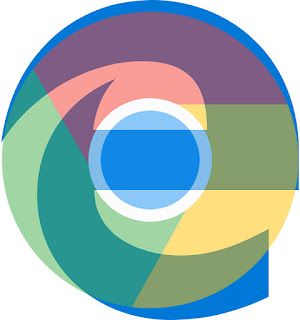 News that Microsoft Edge's discontinuation is becoming apparent and the replacement will be a Chromium-based web browser. Today Microsoft CVP Joe Belfiore solidified these rumors by concluding this move will add "better web compatibility" and "less fragmentation" throughout the web.

This change to a Chromium base will ideally run and function better on Windows 10. For developer, this means they will have less cross-browser compatibility to worry about when building websites. Edge will advance faster with this change.

World wide implementation of the Chromium-based Edge web browser will appear sometime in 2019.

What You Need to Know About the Marriott Data Breach

Since the end of last week, you may have heard about the data breach involving the Marriott International Starwood guest reservation database. Yesterday, the Federal Trade Commission released an alert to provide affected users with recommended actions.

Here is what you need to know:

What does this mean for you?

There are some steps you can take in addition to using monitoring services.

Did you know - December is National Identity Theft Prevention and Awareness Month! Learn more about identity theft at https://www.identitytheft.gov
Posted by IT Security at 12:04 PM 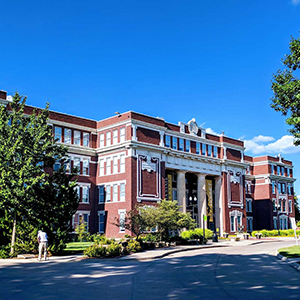 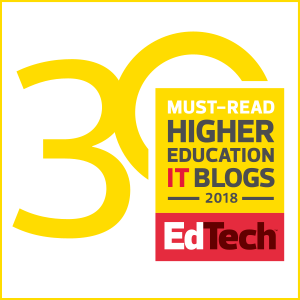 This Week in IT

You can get our latest posts every week by subscribing to our blog newsletter "This Week in IT".